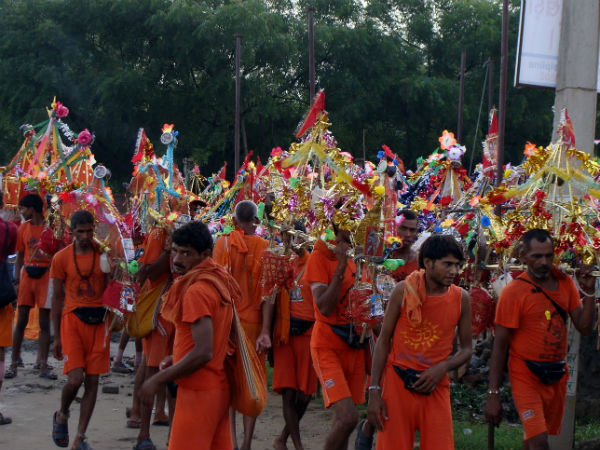 More and more I visit the pilgrimage sites and more I become close to Hinduism due to increase spirituality in my life ; the only thing I come to the conclusion is that temple or the pilgrimage sites that are considered to be the places to promote Hinduism are the one who are diluting it.
Let me start by sharing an example;today I visited Kalighat; those who are well versed with the hindu mythology are well aware that Kalighat is one the peeths here in India. An immensely sacred place.Being a sacred place what we need to expect is that the place is well rid of all the corruption.
But this is the place from where the corruption starts.Numerous agents known by the name of Panda’s are born brahmins who are responsible in taking a visitor till the temple sanctum and then making him do the puja.
But these Panda’s are nothing more than pimps ;pimps who are much worse than the one who deal with prostitutes.The pimps dealing with a  prostitute atleast trade a human being but these people  are actually trading the very god who made them.
Snatching away money from poor desperate hindu who went to god for the sake of divine blessings; is something which gives these pandas there livelihood. Sad to see something like that.
No god  or goddess or any diety in this world has ever asked for money  in return for blessings else if this was the case then Bill gates would have owned entire worlds  blessings.
Lets not forget that this Hinduism was a religion of broad mindedness,openness.
When even  in the west the act of physical intimacy demanded King’s consent[Fulcrinated under the consent of King(FUCK)];hinduism gave the world a book like Kamasutra,numerous vedas,Yoga. But now we have temples where dalit is shoed away,muslim brother is thrown away,mensurating women are not allowed!!!! Yet we worship Goddess Durga.
Is’nt that hypocritic??????? I believe even the astrology born out of Hinduism is something which took its birth when the  first con man met the first fool.
But happy to say that we still have Brahmins who are actual devotees.Met today a wonderful knowledgeable old man; who being a  pujari himself is ashamed at the practises being done by his fellow  pujaris. If the trend of such hypocrisy still exist I think people will do question Hinduism and then young will alienate from it and thus it will die a  slow death.
Hope we all get rid of such nuisance and start thinking that the very places which are sacred ;if such practices happen then god will leave us ; his mercy his blessing will go.

I am an optimistic person and loves observing people. I am introvert and shy in nature which makes me more confined in expressing my ideas via blogging. Martials arts practitioner and fitness enthusiast are two words that can be used to describe me. View more posts